This month makes the final installment of Project 366, a long-standing long-term project we began in April 2016 to mark what was then the fifth anniversary of our music blog. Today, we will share the last few listener guides in this series, and will discuss in a post later this month how we will program our daily podcasts for the foreseeable future - stay tunes.

Verdi composed his first opera (Oberto) in 1839 and from then on strung together great works achieving critical and popular success: Nabucco (1842), Rigoletto (1851), Il trovatore (1853), and the list goes on and on. Probably one of Opera’s most celebrated spectacles of excesses, Aida was a commission by the ruler (Khedive) of Egypt for the great opera house he’d inaugurated in Cairo in 1869. Versi’s Rigoletto was the first production put up at the opera house, and so Verdi was approached to create the spectacular stage work. [Once or Twice a Fortnight - August 15th, 2013] 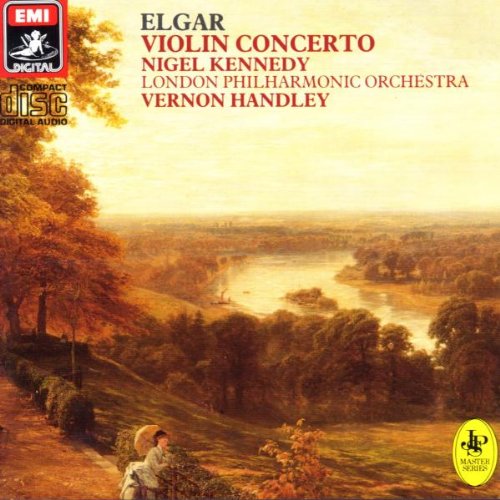 Elgar was at the height of his fame when the Philharmonic Society commissioned a violin concerto in 1909. The work was dedicated to Fritz Kreisler, the internationally famous violinist who was the soloist at its first performance. The work is long for a violin concerto and expansive in mood but nevertheless compelling and not overblown. It contains none of the pomposity and swagger found in many of Elgar's works which some commentators find disturbing and rather distasteful. The work is firmly established in the classical repertoire although not performed frequently. [ITYWLTMT Montage # 294 – October 30 2018] Joseph Jongen’s Symphonie Concertante of 1926 is a tour de force, considered by many to be among the greatest works ever written for organ and orchestra. The work was commissioned by Rodman Wanamaker for debut in the Grand Court of his palatial Philadelphia department store, Wanamaker's. Its intended use was for the re-dedication of the world's largest pipe organ there, the Wanamaker Organ. As part of a series of concerts Rodman Wanamaker funded with Leopold Stokowski and the Philadelphia Orchestra. Wanamaker's death in 1928 precluded the performance of the work at that time in the venue for which it was written, but it was finally performed for the first time with the Wanamaker Organ and the Philadelphia Orchestra in 2008. [ITYWLTMT Montage #191 - March 27, 2015]

After a tenure with the Bolshoi Theatre (1943-56), Kirill Kondrashin concentrated on orchestral conducting, becoming sought after as a concerto accompanist and working with the country’s leading instrumentalists, such as Emil Gilels, Leonid Kogan, David Oistrakh, Sviatoslav Richter and Rostropovich. In the first International Tchaikovsky Competition in 1958, Kondrashin was the conductor for Van Cliburn, who won the first prize. After the competition he toured the USA with Cliburn, being the first Russian conductor to visit America since the Cold War began. The two suites (Comedians and Masquerade) are taken from the same October 20, 1958 Manhattan Center recording by the RCA Symphony Orchestra (the likely remnants of the NBC Symphony/Symphony of the Air) under Kondrashin, a few months after the Cliburn sessions at Carnegie Hall.  [ITYWLTMT Montage #316 - July 12, 2019]

Listener Guides #362- The Left Hand
Pianists limited to the use of their left hands are not uncommon. As an example, in 1964, American pianist Fleisher lost the use of his right hand due to a condition that was eventually diagnosed as focal dystonia. Fleisher commenced performing and recording the left-handed repertoire while searching for a cure for his condition. In the 1990s, Fleisher was able to gradually overcome his focal dystonia symptoms after experimental botox injections to the point where he could play with both hands again. [ITYWLTMT Montage #320 - August 13, 2019]

Listener Guides #363- The Dark Continent
The Dark Continent has long been associated with adventure, immense deserts, fierce predators and a population that lives in the extremes of riches and poverty. Africa has also been the stage of colonial expansion, followed by self-governance and (often times, it seems) civil war, unrest and despots. [ITYWLTMT Montage #118 - August 16, 2013]


Listener Guides #364- O for Offenbach
Offenbach was born in Germany of a musician father, cantor of a synagogue. Early on, Jacob Offenbach showed himself adept at the cello, which convinced his father to send him to study in Paris. Offenbach joined the Conservatoire to become a soloist, but his clownish behavior saw him leaving after a year. Thanks to his talent, he still performs in concert - after having francized his given name - then joins the orchestra of the Opéra-Comique in which he plays while establishing himself as a composer. [ITYWLTMT Montage #299 - December 21, 2018] 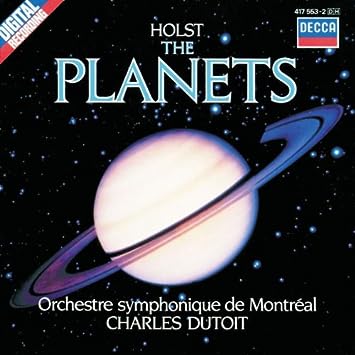 Listener Guides #365 - P for the Planets

Written between 1914-1916 by British composer Gustav Holst, ‘The Planets’ is a suite of seven short tone poems, each representing one the known planets of the Solar System seen from Earth at the time, and their corresponding astrological character. [Vinyl’s Revenge #33 - December 12, 2017] A milestone of 20th century musical theatre, The Threepenny Opera rolls on unstoppably into the 21st. In their opera "by and for beggars", Weill and Brecht transformed old-fashioned opera and operetta forms, incorporating a sharp political perspective and the sound of 1920s Berlin dance bands and cabaret. Weill's acid harmonies and Brecht's biting texts created a revolutionary new musical theatre that inspired such subsequent hits as Cabaret, Chicago, and Urinetown. [Once or Twice a Fortnight - August 31st, 2013]


Posted by Pierre Cherrier at 9:50 AM

Email ThisBlogThis!Share to TwitterShare to FacebookShare to Pinterest
Labels: Project 366