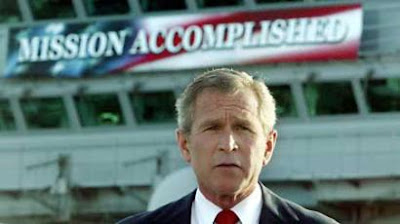 Nobody wants to count their chickens before they are hatched, but as I write these words, I can absolutely, truly say that “we did it”, and managed to graduate our daughter Roxanne.
A couple of weeks after her brother Justin, Roxanne has now walked the stage, and is now an Ontario High School graduate. After the many mornings of dragging her out of bed kicking and screaming, clutched to her mattress and all the notes from the teachers, and all the sleepless nights worrying about whether she will get through exams, my wife and I can finally have a sigh of relief, and sing:

Both Justin and Roxanne will be back in school in the fall – he will be an undergraduate at the University of Ottawa reading Human Kinetics, and she will be starting a two-year program at Ottawa's Cité Collégiale in Paralegal studies. Good luck to both of them! Mom and Dad are proud!

Our third child, daughter Nelda, starts Grade 10 in September. Three years from now to the day, we'll have to go through this all over again...
Etched in my brain (with sulfuric acid it seems) is the end of the school year in my native province of Québec and June 23rd. Same as for my daughter here in French school in Ottawa, the school year has to be wrapped up by June 24th. Why do you ask?

All across Canada, French Canadians express their cultural pride and rich heritage through colourful parades and lively parties on June 24 marking Saint-Jean-Baptiste Day (or, “La Fête Nationale” in the province of Québec). These festivities combine the ancient rites of the summer solstice - a period of light and hope - with the traditional celebration in honour of the Patron Saint of French Canadians. In the Northern Hemisphere, summer solstice began on June 21 2011 at 1:16 P.M. EDT, making the evening of 21 June the “shortest night of the year”.

So, we mark the Summer Solstice with a podcast montage dedicated to “everything Summer”, with a few selections from French Canada to also mark “La Saint-Jean”.


In that vein, “Un été fragile” by André Gagnon and “Été canadien” by the then-child prodigy Andre Mathieu (all of ten years old when this work was composed) are presented here as a tribute to French Canada. Also featured, the Montréal Symphony and their rendition of the “Midsummer Night’s Dream” overture by Mendelssohn.

“Knoxville, Summer 1915” by Samuel Barber and a complete performance of “Summer” from Vivaldi’s Four Seasons are two major works featured in this week’s montage. As I did in an earlier montage, I am showcasing the vintage recording of Vivaldi’s op. 8 concerti by Louis Kaufman.

For your convenience, I am including a link to the text of "Knoxville" by James Agee: http://www.sfsymphony.org/music/ProgramNotes.aspx?id=34170

“Im Sommerwind” is a good example of music by an early 1900’s Viennese school composer (Anton Webern) still inspired by the late Romantic period – like early works by Shoenberg – emulating the style of Brahms and Bruckner rather than the modernist/twelve-tone style he will later use.


"Les nuits d'été" (Summer Nights), Op. 7, is a song cycle by the French composer Hector Berlioz. It is a setting of six poems by Théophile Gautier. Of the six, I chose the third (Sur les lagunes - on the lagoons) based on the poem "Lamento - La chanson du pêcheur" (song of the fisherman):


June from Tchaikovsky's "Seasons" and Gershwin’s “Summertime” conclude the selections I have chosen. I own three versions of Summertime: the one from the Porgy and Bess Verve album featuring Ella Fitzgerald and Louis Armstrong,, an “operatic” rendering by Julia Miguenes and a “rock” rendering by Janis Joplin.


I think you will love this music too.
Posted by Pierre Cherrier at 3:00 AM