For a reason that I really can’t explain, we haven’t programmed a lot of guitar music on our Friday podcasts. This oversight is remedied today with this set of selections played brilliantly by Spain’s Narciso Yepes, who is considered one of the finest virtuoso classical guitarists of the twentieth century

Yepes’ father gave him his first guitar when he was four years old, and took the boy five miles on a donkey to and from lessons three days a week. Later his family moved to Valencia when the Spanish Civil War started in 1936. When he was 13, he was accepted to study at the Conservatorio de Valencia with the pianist and composer Vicente Asencio. Here he followed courses in harmony, composition, and performance.

According to Yepes, Asencio "was a pianist who loathed the guitar because a guitarist couldn't play scales very fast and very legato, as on a piano or a violin" Through practice and improvement in his technique, Yepes could match Asencio's piano scales on the guitar. Yepes is credited by many with developing the A-M-I technique of playing notes with the ring (Anular), middle (Medio), and index (Indice) fingers of the right hand.

In 1947 he made his Madrid début (performing Joaquín Rodrigo's Concierto de Aranjuez with Ataúlfo Argenta conducting the Spanish National Orchestra). The overwhelming success of this performance brought him renown from critics and public alike. Soon afterwards, he began to tour, visiting Switzerland, Italy, Germany, and France.

In 1950, after performing in Paris, he spent a year studying interpretation under the violinist George Enescu, and the pianist Walter Gieseking. He also studied informally with Nadia Boulanger. This was followed by a long period in Italy where he profited from contact with artists of every kind.

In 1964, Yepes performed the Concierto de Aranjuez with the Berlin Philharmonic Orchestra, premièring the ten-string guitar, which he invented in collaboration with the renowned guitar maker José Ramírez III. After 1964, Yepes used the ten-string guitar exclusively, touring all six inhabited continents, performing in recitals as well as with the world's leading orchestras, giving an average of 130 performances each year.

Apart from being a consummate musician, Yepes was also a significant scholar. His research into forgotten manuscripts of the sixteenth and seventeenth centuries resulted in the rediscovery of numerous works for guitar or lute. Among these, I programmed his Suite Española after the lute music of Gaspar Sanz.

In addition to the solo works by Sanz, I programmed a few guitar standards by fellow Spaniard Francisco de Asís Tárrega y Eixea known for such pieces as Recuerdos de la Alhambra. He is often called "the father of classical guitar" and is considered one of the greatest guitarists of all time.

Heitor Villa-Lobos wrote numerous orchestral, chamber, instrumental and vocal works influenced by both Brazilian folk music and by stylistic elements from the European classical tradition. His Etudes for guitar (1929) were dedicated to Andrés Segovia while his 5 Preludes (1940) were dedicated to Arminda Neves d’Almeida, a.k.a. "Mindinha", both are important works in the guitar repertory. I have programmed today Yepes in the preludes and in the concerto for guitar and small orchestra.

The theme to the  1952 film Forbidden Games (Orig. French Jeux interdits) by René Clément is a work "Romance" which Yepes claims to have written when he was a young boy. Despite Yepes's claims of composing it, the piece ("Romance") has often been attributed to other authors – "Estudio en Mi de Rubira", "Spanish Romance", "Romance de España", "Romance de Amor", "Romance of the Guitar", "Romanza" and "Romance d'Amour" among other names; the earliest known recording of the work dates from a cylinder from around 1900.

A few years ago, I shared an OTF post on OperaLively I had called “Opera Domestica”, and it featured a series of MTV-like opera video clips created by Canadian composer Alexina Louie. These “short operas” – typically 3 to 5 minutes long, essentially encapsulated a single aria.

The works I chose to assemble in today’s montage are not too dissimilar – they are essentially single arias, meant to stand alone in concert, and in some cases sound like they’re taken out of a larger (contemporaneous) operatic work, inspired by a character from literature.

The text for Scena di Berenice is taken from Act 3, scene 9 of Pietro Metastasio’s Antigono, a libretto which had originally been set by Hasse in 1743 and subsequently by over thirty composers, including Jommelli (1746), Gluck (1756), Traetta (1764), Paisiello (1785) and Joseph Haydn (1795-97). Although betrothed to Antigono, Berenice is actually in love with his son, Demetrio. Torn between his feelings for Berenice and his filial duty, Demetrio can see no way out of his predicament, and has resolved to kill himself. In “Berenice, che fai?” the disconsolate heroine deliriously laments her fate and longs to die alongside her beloved.

The settings by Haydn and Avondano open this week’s montage.

Mozart wrote several concert arias and I retained a few for today’s montage. The librettists for these arias include Vittorio Amedeo Cigna-Santi and Michele Sarcone.

At age 11 Juan Crisostomo Arriaga started composing major  chamber,  orchestral  and choral works,  the  most  remarkable  of   which  was  a two-act  opera 'Los Esclavos Felices',   written  at  the  age  of  13  and  successfully  performed  in  Bilbao.

When Arriaga was 16 he was sent  to study at  the Paris Conservatoire where the  Principal, Cherubini,  judged  Arriaga's  choral   work  'Et  Vitam  Venturi' (now lost)  to be a  masterpiece.   He absorbed all  the  principles of harmony and  counterpoint  in  only three  months  and  two  years later, aged  18,  he became the youngest professor ever appointed at the Conservatoire.

Among Arriaga’s Paris works is Erminia, based on lyrics by the French poet Vinnay but sung in an Italian translation by Giovanni Gandolfi. Erminia is sometimes referred to as an opera, because it suggests two scenes.

It's one of those songs which has such a fantasy feel about it. I think people should just listen to it, think about it, and then make up their own minds as to what it says to them... "Bohemian Rhapsody" didn't just come out of thin air. I did a bit of research although it was tongue-in-cheek and mock opera. Why not?

To close the montage, I selected Queen’s "Bohemian Rhapsody”. The song is highly unusual for a popular single in featuring no chorus, combining disparate musical styles and containing lyrics which eschew conventional love-based narratives for allusions to murder and nihilism. It consists of sections, beginnin g with an introduction, then a piano ballad, before a guitar solo leads to an operatic interlude. A hard rock part follows this and it concludes with a coda.

I Think you will Love this Music Too. 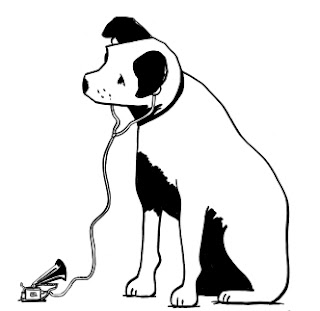 Summer means I take time off the Tuesday Blog, Project 366  and OTF for July and August, but continue with my bi-weekly Friday podcasts.

I will update this page if programming changes in the coming weeks, and also look for unannounced “repatriated” posts from our PTB and OTF series.


All of our Tuesday, Friday and ad-hoc posts, as well as OTF and YouTube Channel updates get regularly mentioned (with links) on our Fan Page. If you are a user of Facebook, simply subscribe to get notified so you never miss anything we do!

Posted by Pierre Cherrier at 8:03 AM No comments: