Posted by Pierre Cherrier at 6:00 PM No comments:

Email ThisBlogThis!Share to TwitterShare to FacebookShare to Pinterest
Labels: Français

It's a simple - and popular - formula: a theme and variations on thts theme. All of this month's montages will explore this formula.

Once or Twice a Fortnight

Our complete opera this month will be Nelligan by Andre Gagnon, and a Podcast Encore from 2011 "Cowboy Classics".

NOTE: Since OTF posts do not get published on set dates, make sure to visit OperaLively regularly or …

All of our Tuesday, Friday and ad-hoc posts, as well as OTF and YouTube Channel updates get regularly mentioned (with links) on our Fan Page. If you are a user of Facebook, simply subscribe to get notified so you never miss anything we do!

It is with great sadness that we have learned of the passing of Maestro Claudio Abbado on January 20 at the ripe old age of 80:

Posted by Pierre Cherrier at 3:00 PM No comments:

Email ThisBlogThis!Share to TwitterShare to FacebookShare to Pinterest
Labels: Programming/Programmation 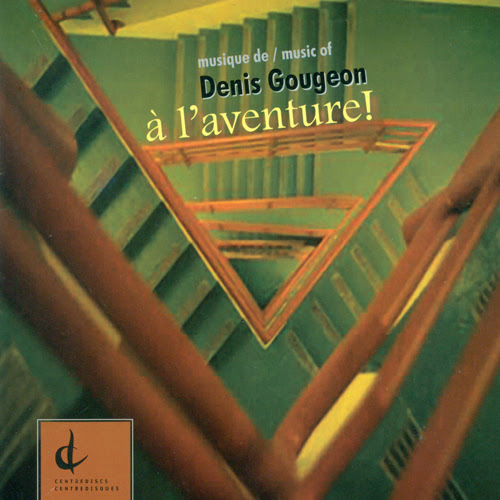 2013 was probably our busiest year yet on ITYWLTMT and its  brother-platforms. According to my count (as of Friday the 20th, when I put this post together):
Focusing on our podcasts:
What’s in store for 2014?
I haven’t figured all the programming yet, and like to keep some options open in case we want to do something topical.

In closing, as I do every year, I want to thank all of my regular (and occasional) readers and listeners, many of them have been loyal to this endeavor from the early days. I’d love to hear more from you – I do on Facebook and by e-mail, though it happens so infrequently… At the end of the French portion, you will find my annual collection of clips we used here and there this year. I hope you will enjoy it! 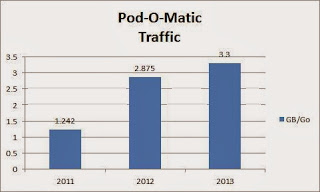 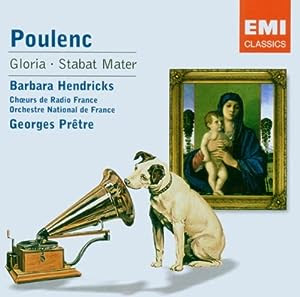 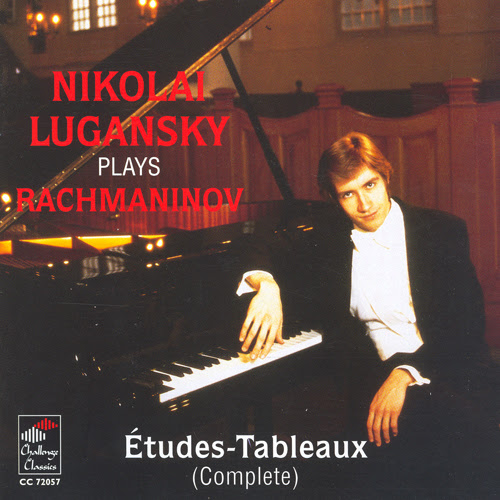 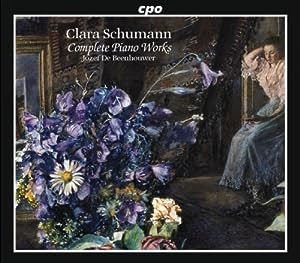 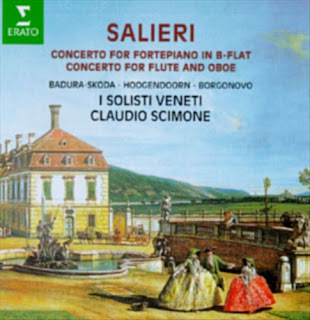 There are few "true" Christmas classics - that is, works only seen around this time of year, but also talk about Christmas and that we will make a point to see year after year without necessarily getting sick of them. There are the great movies: It's A Wonderful Life, National Lampoon's Christmas Vacation, or even A Chrismas Story (Watch out with tha BB Gun Ralphiem, you'll pop your eye out!).

When it comes to music, there's Humperdinck's Hansel und Gretel (though not really about Christmas), Rimsky-Korsakov and Tchaikovsky's settings of the old Russian tale Christmas Eve, and of course, The Nutcracker.

As a "dance parent", I;'ve seen my fair share of Nutcracker stagings, both professional and amateur. Tchaikovsky's "complete" music for the Nutcracker is one of those works that (like Stravinsky's many ballets) has its "sanctioned" orchestral suite, but stands up as a music performance without dancers - which is a good thing as the score has some great numbers that failed to make the suite!

I'll spare you the synopsis of the ballet, other than to say that the stage work is based on the the  children's fairy tale ['The Nutcracker and the Mouse King'] (1816) by E.T.A. Hoffman, and involves dreams, magic, and an old nucracker that comes to life, and fights off an angly mob of mice - not without the help of our heroine and prima ballerina Clara. As one expevcts, the Nutcracker is transformed into a handsome Prince.

Taken to the Prince's castle, Clara is entertained by courtiers of all sorts, and at the end finds herself back in her family home, surrounded by presents and the old Nutcracker.

The performance I retained for the montage is by Valery Gergiev and the "Kirov Orchestra". Since the record was issued in 1998, Gergiev's orchestra has taken a different name: the orchestra of the Marinsky Theatre of St-Petersburg, re-embracing the pre-Soviet legacy of the establishment.

Since it opened in 1860, the Marinsky theatre has been preeminent music theatre of late 19th century Russia, where many of the stage masterpieces of Tchaikovsky, Mussorgsky, and Rimsky-Korsakov received their premieres. Through most of the Soviet era, it was known as the Kirov Theatre,  after Sergei Kirov, the first secretary of the local Communist Party (whose murder by his regime Stalin was attempting to whitewash).

Today, the Mariinsky Theatre is home to the Mariinsky Ballet, Opera and Mariinsky Orchestra. Since Yuri Temirkanov's retirement in 1988, conductor Valery Gergiev has served as the theatre's general director.

I think you will ove this music too (and Merry Christmas!) 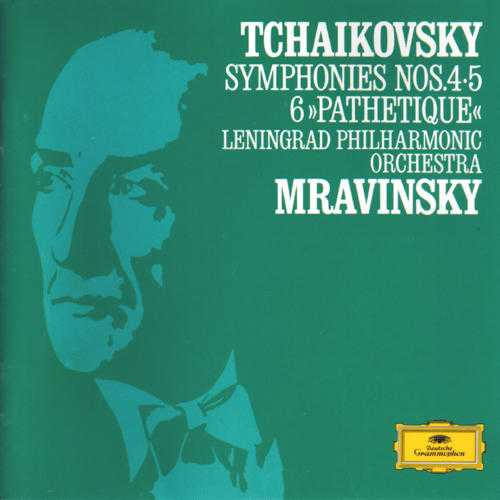 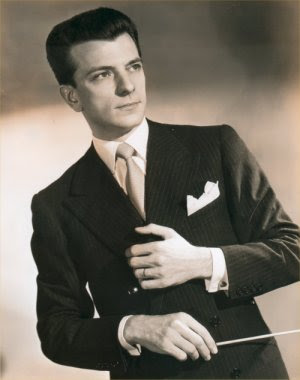 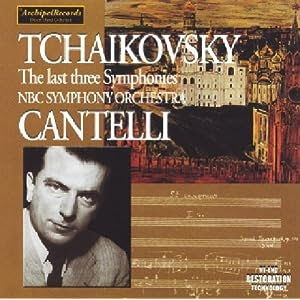 Seems that all three of Tchaikovsky’s concertos have their own “soap opera” story behind them. For example, according to Modest Tchaikovsky, it was his brother's original intention to dedicate the First concerto to the "colossal virtuoso force" of Nikolay Rubinstein, but the composer's feelings were wounded so deeply [by Rubinstein's criticism of the work, as we discussed last week’s post] that Tchaikovsky subsequently changed his mind… In 1880 Tchaikovsky decided to dedicate his Second Piano Concerto to Rubinstein, for his "magnificent" playing of the First Concerto. Rubinstein was to have premiered the concerto in Moscow, but died shortly before the scheduled performance.

The second concerto was born during a self-imposed “break” in the Fall of 1879. Tchaikovsky writes to his friend and benefactor Nadezhda von Meck about “a new musical idea [starting] to take shape in my head". Soon after this, firmly convinced that he was "absolutely incapable of going for long without working", Tchaikovsky took up his new composition. "Today I started to do something, and the boredom just flew away", writing at the end of October that "I have begun to write a concerto for piano. The work will not be rushed, and there is not the least chance that I should strain or tire myself out".

Tchaikovsky finds the time within his busy schedule to complete and orchestrate the work, which he considered to be among his best, and one with which he had worked with pleasure. However, the work was did not achieve the popularity of his First. Tchaikovsky later writes "[The Second Concerto].contains many blunders of mine, but the number of mistakes in the parts is, in a word, disgraceful. I have endured many torments with this concerto at rehearsals".

When in 1888, Tchaikovsky's publisher wanted to reprint the concerto, Aleksandr Ziloti proposed to Tchaikovsky a number of fundamental changes to the first and second movements. Tchaikovsky did not agree with these, and decided only to make changes to the piano part: "[My] author's sensibilities strongly riled by your displacements and changes, and it is impossible for me to agree to them. I want the Second Concerto in the form I had [touring partner, Wassily] Sapelnikov play it, and I have marked your copy accordingly... " In his letter of reply, Ziloti wrote: "Of course I will [edit] the Second Concerto in the way you indicated, with the big violin solo in the second movement completely cut!"

Today’s montage proposes the Second Concerto as it was originally conceived and published, including a very intricate slow movement in “triple concerto” form that would make Beethoven proud!

It was not until 1893 that Ziloti began to prepare the concerto in a revised edition, with Tchaikovsky’s somewhat reluctantly agreeing to many of his changes, while being careful to preserve its overall form and protect his original concept. Here is the same concerto, under the Ziloti revision (as it is most commonly performed), featuring Emil Gilels:


In a past post, I discussed an unfinished – and apparently unsatisfactory – Tchaikovsky project for a Symphony in in E-flat major. Never taking the project past the form of sketches, Tchaikovsky subsequently used them in the Piano Concerto No. 3, and also for the piano piece Scherzo-Fantaisie (No. 10 of the Eighteen Pieces, Op. 72).

According to dates in the manuscripts he began working on the first movement in June and July of 1893, and completed it on 13 July. The other two movements were completed in outline on 10-22 July 1893.
Tchaikovsky told Aleksandr Ziloti that the concerto "hasn't turned out too badly as music—but it's a thankless task! If that should be [fellow composer and pianist Sergey] Taneyev's opinion then, perhaps, I shall destroy it forthwith".

In October, Tchaikovsky showed the concerto to Taneyev, but despite the latter's harsh criticism that the concerto was not sufficiently virtuosic, all the same he did not destroy it. However, he had already begun to have doubts about length of the work, writing "Since it has turned out to be disgracefully long, I have decided to restrict it to just the first movement, and to call it Allegro de concert or Conzertstück".

A few days later Tchaikovsky began to orchestrate the opening Allegro brillante, the completed score of which concludes with the date 3 October and the note "End of 1st movement", suggesting that Tchaikovsky may have changed his mind once again about the extent of the work. We may never know the composer's final intentions, since immediately after completing the first movement, he left directly for Moscow, and then for Saint Petersburg, where he died on 25 October.

In late June/early July 1894, Taneyev, at Modest Tchaikovsky's request, began to review the manuscripts that Tchaikovsky had left behind. In September the same year the completed Allegro brillante was published as a concerto one movement - our montage presents the concerto in that form.

The latter two movements from Tchaikovsky’s sketchbook were subsequently completed by Taneyev and published as a separate work — the Andante and Finale, Op. 79. Embedded in the below French commentary, I included a performance of the Third concerto as a three-movement work combining the Allegro brillante with the Andante and finale:

To complete the podcast, I included a performance of the Variations on a Rococo Theme in A major, Tchaikovsky's first composition for cello and orchestra, written between December 1876 and January 1877. For many years the Variations were known only in a version heavily edited by Wilhelm Fitzenhagen, to whom the work was dedicated.

An examination of the manuscript sources of the Variations suggests that after completing the sketches, Tchaikovsky first made an arrangement for cello and piano, which he gave for checking to Fitzenhagen. The cellist made some changes, mainly to the cello part, inserting them on Tchaikovsky's manuscript, and pasting over parts of the original autograph. The full score is written wholly in the composer's hand, except for a large section of the cello part (from bar six of the first variation up to the end of the fourth, and from bar seven of the fifth variation up to the end of the work), which was written by Fitzenhagen. It would therefore appear that Tchaikovsky orchestrated the work from the piano arrangement as amended by Fitzenhagen.

For a performance of the variations at the Wiesbaden Festival a year and a half later, Fitzenhagen made further changes to the piece, going so far as to change the order of the variations and cutting one out entirely! This move embittered the composer to teh point that when the time came to publish it, he was known to have said "To Hell with it! I shall leave it as is", referring to publishing the modified Fitzenhagen version... Tchaikovsky's original version was reconstructed and published for the first time in the 1950s, yjough the Fitzenhagen  order of the variations is still viewed as the standard by soloists.

The performance on the montage is from a recording by Canadian cellist Denis Brott, with ethe NAC Orchestra under Mario Bernardi.