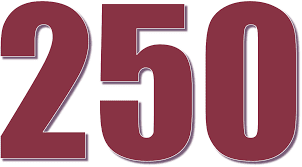 Today, I’m proud to share the 250th montage in our ongoing series. As I typically do when we hit a major milestone, I have programmed an “Extended Play” podcast that exceeds my self-imposed 90 minute limit.

The title of our montage, unvollendet, is the German word for “unfinished” and clearly applies to work that were left incomplete for whatever reason. The most famous such work is Schubert’s B minor symphony, which was not left incomplete due to the composer’s early death, but rather left incomplete out of disinterest…

Started in 1822 but left with only two movements (though he lived for another six years), Schubert may have sketched a finale that instead became the big B minor entr'acte from his incidental music to Rosamunde. To this day, musicologists still disagree as to why Schubert failed to complete the symphony; some have speculated that he stopped work in the middle of the scherzo in the fall of 1822 because he associated it with his initial outbreak of syphilis—or that he was distracted by the inspiration for his Wanderer Fantasy for solo piano, which occupied his time and energy immediately afterward. It could have been a combination of both factors.

Schubert's eighth symphony is sometimes called the first Romantic symphony due to its emphasis on the lyrical impulse within the dramatic structure of Classical sonata form. Furthermore, its orchestration is not solely tailored for functionality, but specific combinations of instrumental timbre that are prophetic of the later Romantic movement. The recording I programmed today is by the NBC Symphony under Toscanini.

Another work left unfinished is Mahler’s Tenth Symphony. Mahler had a habit of working on a symphony over two consecutive summers: one summer of sketches, and a following summer for orchestration. This was his way of balancing composition and conducting. Mahler’s untimely death in 1911 meant that he’d only completed the orchestration of one of the movements – the Adagio.
This opens up an important topic: how sacrilegious is it for another composer (or musicologist, or colleague) to complete another’s unfinished work?

Borodin completed two symphonies in his lifetime: his Symphony No. 1 was first performed in 1869 and in that same year Borodin started on his Symphony No. 2, which was not particularly successful at its premiere in 1877, but with some minor re-orchestration received a successful performance in 1879. Three years later he began composing a third symphony, but left it unfinished at his death; two movements of it were later completed and orchestrated by Alexander Glazunov. Glazunov and Rimsky-Korsakov collaborated in re-assembling sketches of Borodin’s only opera, Prince Igor. There are many recordings of this third symphony – one is included in today’s podcast – and there is no sense of reticence when it comes to performing that posthumous version of the work, none whatsoever.

The same can’t be said of Mahler’s Tenth, for which there exist a number of “performance scores”, largely based on the sketches and early drafts of the composer’s orchestration. According to many of Mahler’s contemporaries who tried their hands at this, only two movements could be reconstructed with any level of fidelity. In the 1940s the American Mahler enthusiast Jack Diether tried to encourage several notable composers to realize the entire work. Figures such as Shostakovich, Schoenberg, and Britten (all of whom had been considerably influenced by the works of Mahler) refused, and instead the task was taken up by musicologists: early attempts at realizing the entire work were made in America by Clinton Carpenter (completed 1949, subsequently revised 1966), in Germany by Hans Wollschläger (1954–1962, withdrawn), and in England by Joe Wheeler (1953–1965) and Deryck Cooke. The various realizations produced by Cooke have, since the mid-1960s, become the basis for most performances and recordings.

Tchaikovsky's Symphony in E-flat major (also known inaccurately as his Symphony No. 7), was abandoned in November 1892 with only part of the first movement having been fully completed, and the remainder left in sketch form.

Interestingly, the work has survived through recycling in the Tchaikovsky catalog:


In the 1950s the symphony was reconstructed from the manuscript sources and completed by the Soviet musicologist Semyon Bogatyrev. It was first recorded as the “Symphony no. 7” by Eugene Ormandy and the Philadelphia Orchestra and presented here in a later recording conducted by Neeme Jarvi.