As I teased in my earlier post of Tudor-era lute music by the 17th century composer of the same name, today’s Vinyl’s revenge looks at another troubadour guitarist (if you allow me to equate lute and guitar…) also named Robert Johnson.

Robert Leroy Johnson (1911 –1938) was an American blues singer-songwriter and musician who has the unique distinction of being ranked fifth in Rolling Stone magazine's "100 Greatest Guitarists of All Time". As an itinerant performer who played mostly on street corners, in juke joints, and at Saturday night dances, Johnson had little commercial success or public recognition in his lifetime. Johnson's shadowy and poorly documented life and death at age 27 have given rise to much legend. He is credited by many rock musicians as an important influence; the blues and rock musician Eric Clapton has called Johnson "the most important blues singer that ever lived."

Johnson is considered a master of the blues, particularly of the Delta blues style. Keith Richards, of the Rolling Stones, said in 1990, "You want to know how good the blues can get? Well, this is it." But according to Elijah Wald, in his book Escaping the Delta, Johnson in his own time was most respected for his ability to play in a wide range of styles, from raw country slide guitar to jazz and pop licks, and for his ability to pick up guitar parts almost instantly upon hearing a song. Johnson’s playing was complex and musically advanced. When Keith Richards was first introduced to Johnson's music by his bandmate Brian Jones, he asked, "Who is the other guy playing with him?", not realizing it was Johnson playing one guitar. "I was hearing two guitars, and it took a long time to actually realise he was doing it all by himself," said Richards, who later stated that "Robert Johnson was like an orchestra all by himself. […] As for his guitar technique, it's politely reedy but ambitiously eclectic—moving effortlessly from hen-picking and bottleneck slides to a full deck of chucka-chucka rhythm figures."

The Robert Johnson legend rests predominantly on a pair of recording sessions. The first session was held on November 23, 1936, in room 414 of the Gunter Hotel in San Antonio, which Brunswick Records had set up to be a temporary recording studio. In the ensuing three-day session, Johnson reportedly performed facing the wall, which has been cited as evidence he was a shy man and reserved performer. The slide guitarist Ry Cooder speculates that Johnson played facing a corner to enhance the sound of the guitar, a technique he calls "corner loading".

His first recorded song, "Kind Hearted Woman Blues," in contrast to the prevailing Delta style of the time, more resembled the style of Chicago or St. Louis, with "a full-fledged, abundantly varied musical arrangement." Unusual for a Delta player of the time, a recording exhibits what Johnson could do entirely outside of a blues style. "They're Red Hot", from his first recording session, shows that he was also comfortable with an "uptown" swing or ragtime sound similar to that of the Harlem Hamfats, but as Wald remarked, "no record company was heading to Mississippi in search of a down-home Ink Spots ... [H]e could undoubtedly have come up with a lot more songs in this style if the producers had wanted them."

In 1937, Johnson traveled to Dallas, Texas, for another recording session in a makeshift studio at 508 Park Avenue. Eleven records from this session would be released within the following year. Johnson did two takes of most of these songs, and recordings of those takes survived. Because of this, there is more opportunity to compare different performances of a single song by Johnson than for any other blues performer of his time and place. Johnson recorded almost half of the 29 songs that make up his entire discography in Dallas.

Today’s share, the 1961 album King of the Delta Blues Singers, compiles sixteen mono recordings, thirteen of which were previously available as 78s on the Vocalion label, originally recorded during the two Brunswick sessions of 1936 and 1937. By the time this album appeared, Johnson was mostly rumor, if known at all, except to a small group of collectors and those who had purchased the original 78s. Bob Dylan, who had never heard of Johnson, became mesmerized by the intensity of the recordings. The album appears in the album cover photo to Bob Dylan's Bringing It All Back Home amid various emblems of bohemian life. Songs from the album were repeatedly covered throughout the decade by many artists, notably Eric Clapton (Clapton would later record an entire disc of Johnson's songs, Me and Mr. Johnson).

In 2003, King of the Delta Blues Singers was ranked number 27 on Rolling Stone magazine's list of the 500 greatest albums of all time. 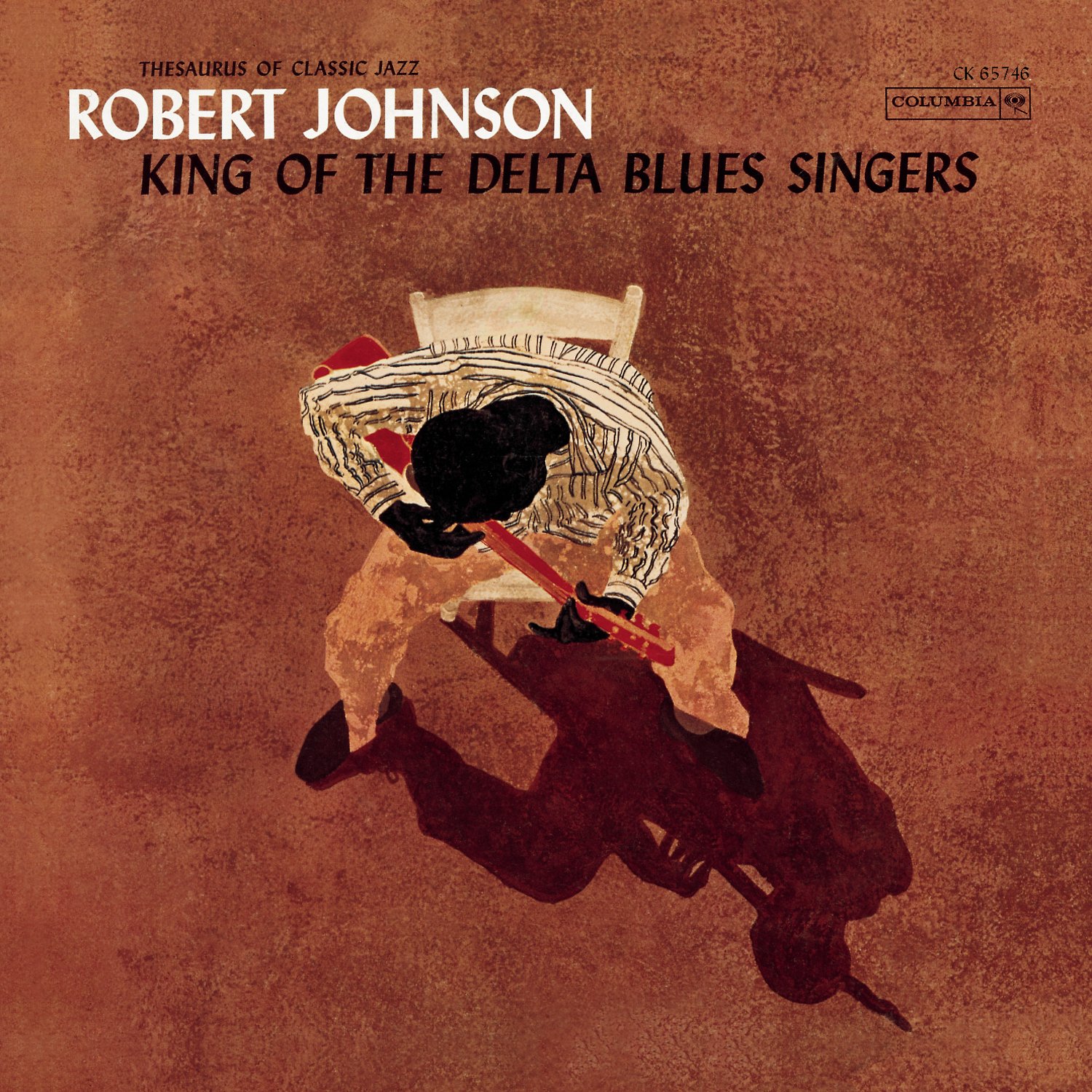 
(Thanks to Enzo Baddo)

Internet Archive URL - https://archive.org/details/02TerraplaneBlues_201705
Posted by Pierre Cherrier at 10:00 AM