In past years, I programmed chamber music on the Tuesday Blog, and this is a nice opportunity to revive some of these old posts and bring them here on ITYWLTMT durung our Summer Vacation series.

Ine of my "go to" sources for musical tracks for those series was the Music Library of the Isabella Stewart Museum in Boston, which regularly hosts and records live chamber and small ensemble performances. 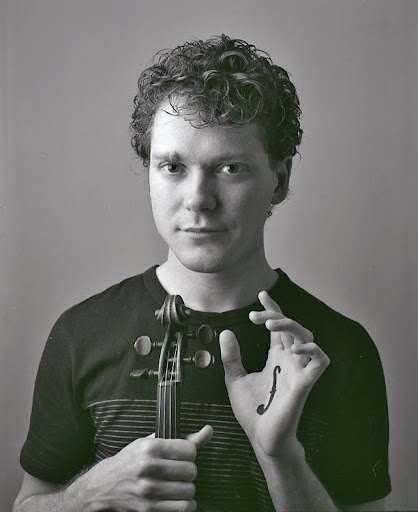 It is from my "Summer of the Sonata" series of 2012 that I have dusted up these live performances by Canadian violinist Corey Cerovsek. The first concert I attended featuring Corey was in Hamilton, Ontario almost 30  years ago. He was probably 11 or 12 at the time, and he held his own with the local orchestra in a performance of Lalo's Symphonie Espagnole. His demeanor was modest, but his playing was astounding! At age 12, he was the youngest student to receive a gold medal from the Royal Conservatory of Music - considering that Glenn Gould graduated from there in his mid-teens, that puts him in rare company!

Both Corey and his sister Katja were precocious musical talents - and in fact were a tandem for the first few years of Corey's early career. Mr. Cerovsek holds not only a Doctorate in Music from the prestigious Faculty of Music at Indiana University (where he studied with Josef Gingold), but also a Doctorate in Mathematics from the same school, attaining both before he was 20 years old - thus, Corey is not a mere precocious talent...

He may not be quite as active as some other violinists, but he chooses his repertoire wisely, and is a solid interpreter - as you will hear for yourself from the selections I chose. Not an old man (barely 40), he now elects residence far from his native British-Columbia, living in Paris.

More tracks by Corey from the ISGM library: http://www.gardnermuseum.org/music/listen/music_library?filter=artist#go_2369
Posted by Pierre Cherrier at 3:00 AM