Project 366 - A Journey of Musical Discovery 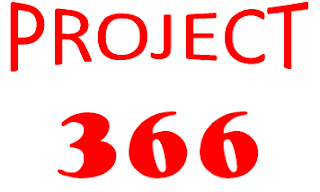 I've been teasing this - and preparing this - for a few months now, so here we go this is the grand unveiling of the ITYWLTMT "Anniversary Project".


On the music forums I visit regularly, the question “ How do I get started listening or acquiring Classical Music? “ comes up from time to time, and I’m always amazed at the answers. Music collecting, in a sense, is no different than any other form of collection: stamps, coins, trading cards…  There’s a lot of it that has to do with personal taste, and the level of obsessiveness you dare to attain.

The Myth of the Basic Repertoire

Going back to the question – that is, where to start in building a music library – we invariably come to the question: why not start with the “basics”?

So what then are the “basic repertoire” pieces? Vivaldi’s Four Seasons? Beethoven’s Nine Symphonies? All nine, or just the Fifth?

Awhile back, I acquired a collection of 200 CDs issued as “Great Pianists of the 20th Century” (I highly recommend it.) You have there almost 100 pianists, playing everything from early music to modern masterpieces. There were some pieces that were featured several times in the lot: Chopin’s preludes, Schumann’s Carnival, several Beethoven and Mozart piano concertos and piano sonatas, some of Johann Sebastian Bach’s works for solo keyboard, and the list could go on for a page or two. If you were to list all the pieces that were programmed “more than once” in that collection, and declared those as being “the basic piano repertoire”, I could probably bring up piece after piece most of us would view as equally important that didn’t make that list!

The concept of “the basic concert repertoire” is a bit of a misnomer – if it exists, then show me the exhaustive list… Or do we not mean that there are “enduring” works and works that may endure, but probably not… There are 500 years of Western Classical Music history, and to pretend that you can build from a defined set of works “outwards” is simplistic at best.

My conclusion? Simply, collecting music should be approached primarily based on taste and affinity with certain styles of works, and build out from there. Like in anything, Classical Music is an acquired taste, and some are sweeter than others, and it is over time (and trying) that one can develop a taste for other aspects of the repertoire.

ITYWLTMT can help in this process - Did You Know That
That's a lot of music! We could easily have a musical playlist to share for every day of the calendar year!

And that's the challenge I am taking on - I plan to dust-up and share old - and new - material in the context of this "one blog a day, every day" concept. We will "package" 366 playlists (call then "listener Guides"), and group them together as we always do in a thematic arrangement.

In a nut-shell that's what Project 366 is all about.

It will take me more than a year to achieve this a a coherent package - and my intention is to package these eventually as eBooks - starting with the first 122 in a set I call "A Journey of Musical Discovery", where I plan to explore the "basic" repertoire by traversing it through all musical genres.


For your reading pleasure, here are the Yellow Pages associated with the 122 listener guides:

Posted by Pierre Cherrier at 7:46 AM